A Short History of Panama 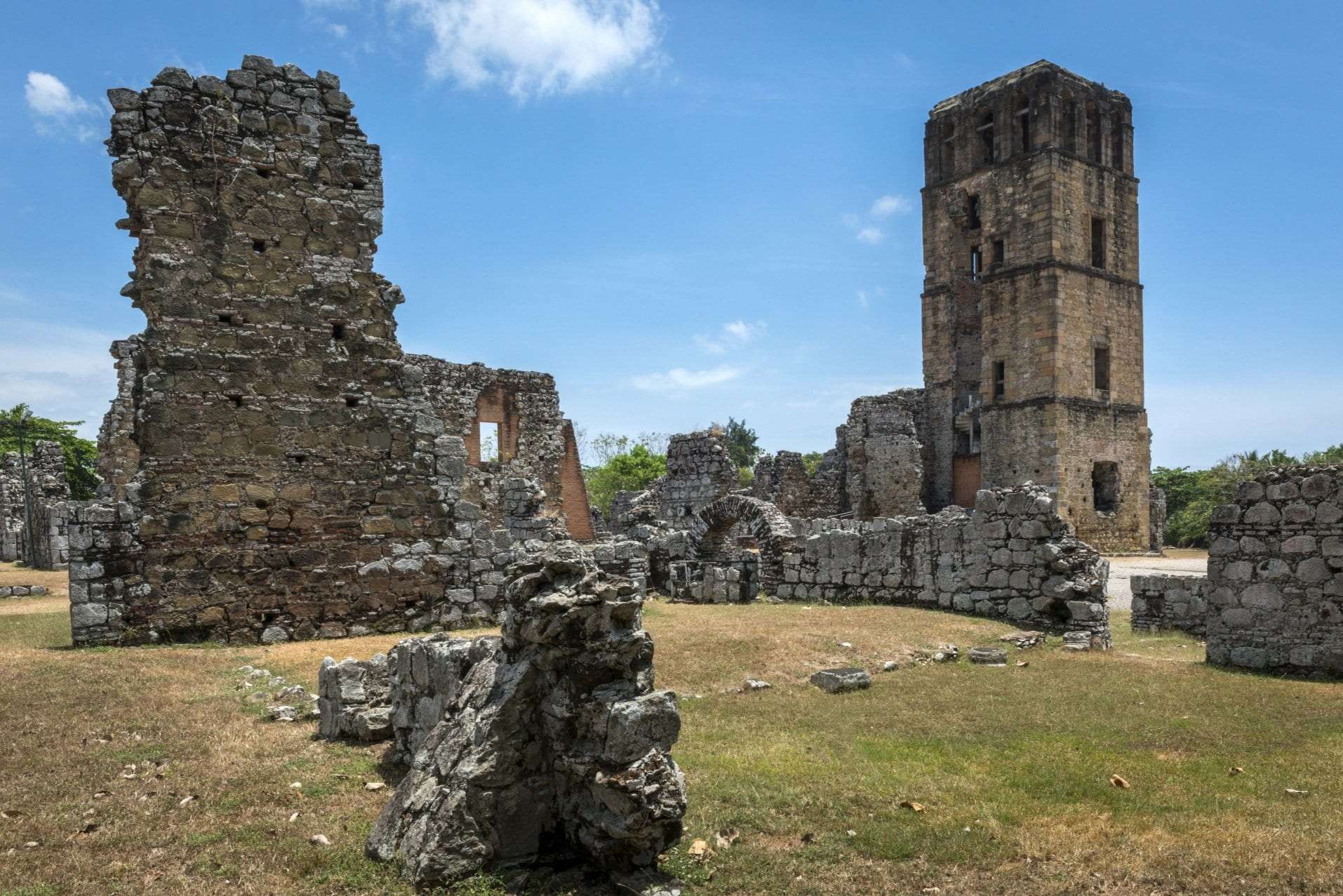 Panama, a name that elicits a feeling of calm, peace, and tranquility. With a rich and hospitable culture embedded deep within the hearts of the people you’d want to live here for eternity. The tropical islands, off of the mainland, provide the perfect backdrop for the beautiful crystal blue beaches, where fish of all types and colors call home. The nights are adorned with festivities and seafood cuisine where people gather to make merry and dance the night away. You have never experienced a true connection with nature until you’ve been to Panama.

The history of Panama, before the Spanish travelers arrival dates back to the Monagrillo cultures around 2500 – 1700 BC. Here in Panama was some of the first pottery making in the Americas. These cultures evolved into significant populations dating between 500 – 900 AD. Prior to the arrival of the Europeans, Panama was widely settles by the Chibchan, Chocoan, and Cueva people. There is no known actual numbers as far as the size of this population, but estimates put it at over 200,000. These early indigenous people lived off the lad by eating fruits, editable plants, growing corn, root crops and cacao and hunted for their meats. The lived in palm leave huts with hammocks hung between the walls.

Then came the Europeans. It doesn’t take much to see why Spanish travelers made Panama their home over 500 years ago. In 1501, the Spanish arrived in Panama and set base to unravel what this beautiful gem they had found, had to offer. Led by Rodrigo de Bastidas, the travelers followed the coastline from Gulf of Darin down to San Blas and eventually stopped at what would become known as Portobelo, Colón .

On his voyage, he found huge amounts of gold and pearls. He, however, turned back towards Spain because he couldn’t move on further owing to malfunctions he encountered with his ship. A year later in 1502, Christopher Columbus entered Panama on October 10. He first stopped at Bocas del Toro, then the coast of Veraguas and could not believe the wide array of beauty and the cultural diversity he could see before him. He wanted to know more while interacting with the locals, he could see gold ornaments on the chests, hands feet, and ears and he was mesmerized. In fact, during his expedition, he found a bay which he named Portbelo.

The first European settlement in September 1510, Santa María la Antigua del Darién was founded, this was the first European settlement in the Americas. On August 28th, 1513, the Santa María de La Antigua del Darién mission was built and and the first Catholic Bishop of the Americas was Fray Juan de Quevedo .

In August of 1519, the capital of Castilla del Oro wuth all its organization institutions, was move to the Pacific Coast to Panama City, know then as Nuestra Señora de la Asunción de Panamá . This was another first, the first European settlement on the Pacific Coast.

Consequently, during this next time period, the history of Panama became a hiding place for pirates conquistadors and smugglers who dominated the area during the late 1500s and all through the 1600s. Gold was sourced from Peru and was delivered to Spain by ships which went through Nombre de Dios and Portbelo in Panama.

Panama was a vibrant town where prominent businessmen and merchants conducted business. In 1671 however, twelve hundred men under the leadership of a famous English pirate known as Henry Morgan ravaged through the city and left it in tatters. In 1821, Panama became an independent country and was rid of the Spanish rule. Now, visitors frequent Panama to see the old city remains like the six convents and churches, Fort Natividad, the cathedral, the three colonial bridges, the city hall building, House of the Genovese, and Hospital San Juan de Dios. 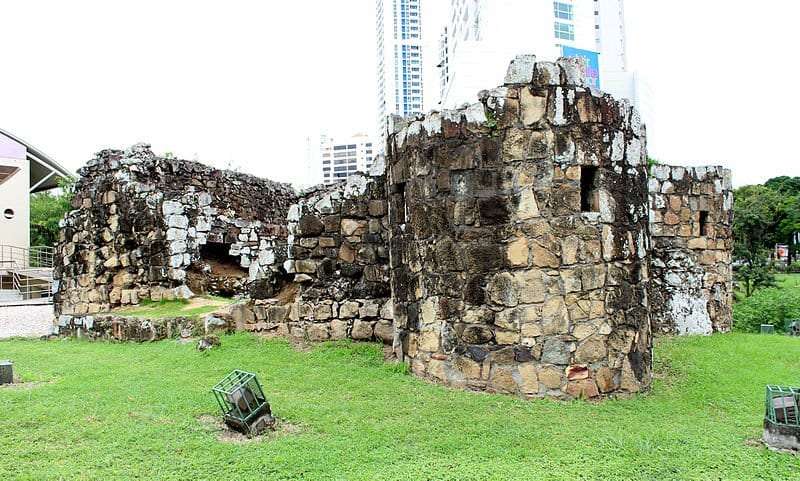 Other main attractions include:
– The Casa Reales where the treasury and Spanish customs was found .
– The cathedral and Bishop’s house .
– The city hall on Plaza Mayor .
– The cathedral of our lady of assumption which was built in 1519 and 1626. It is well preserved and exhibits a taste of the ancient style and architecture with a bell tower that worked both as a tower and watchtower looking over the royal houses. .
– The Convent of Santo Domingo built in 1570 is located on the northern side together with its other churches which were built much later. . Panama La Vieja is where visitors can find artifacts collected from Colombia, and during the colonial rule, plus a maquette of the city as it was before 1671.Casco Antiguo: After the pirates invaded and destroyed the old city of Panama in the 17th century, the residents shifted and made new homes on the base of Cerro Ancon and in 1673, January 21st, the new City of Panama was founded by Antonio Fernandez de Cordoba.It was strategically identified to protect against new attacks by pirates surrounded by walls with two gates. One gate was placed as an entry to land and another entering the sea. In recent history, gold was discovered in California which had a huge impact in bringing Panama back to its good graces. In the period between 1850 and 1855, a railway joining the two coasts was built. 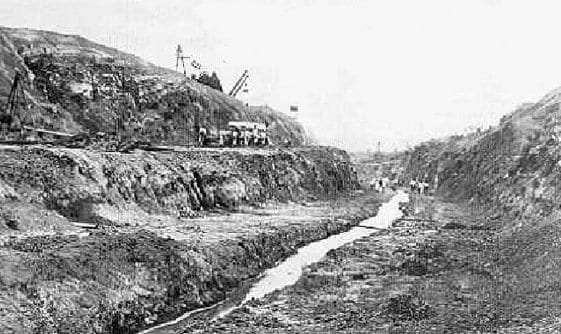 Later the French embarked on a project to build a canal led by Ferdinand de Lesseps but owing to financial shortages and diseases like malaria, typhus and yellow fever they couldn’t see their project to completion.

In 1914 the USA saw the canal project completed and held control over the canal up until 1999 when the Panamanian government was granted full jurisdiction over it.

Read about the history of the Panama Canal here. 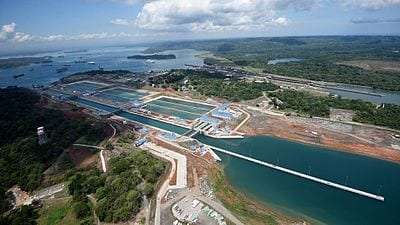