Carnival in Panama, it’s All About Music, Dancing, Costumes, and of Course, Getting Wet! 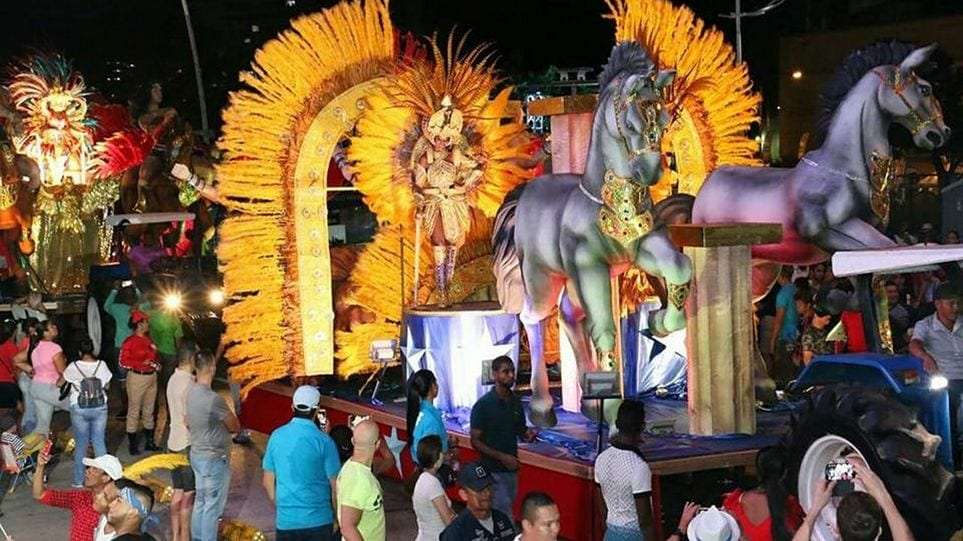 –
Carnival in Panama has been celebrated here from the early 1900’s, in a style similar to New Orleans and Rio de Janerio. This party is 4 days long and is celebrated the 4 days before Ash Wednesday, every year. Carnival has a deep cultural significance throughout Latin America and the Caribbean, the Panama has become on the biggest and best Carnival destinations. 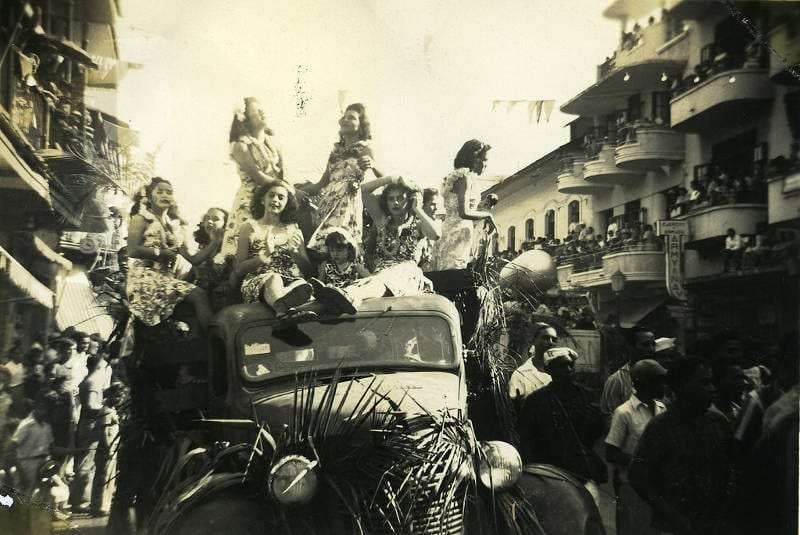 Three of the best locations to celebrate carnival in Panama, are Cinta Costera in Panama City, Los Tablas in the center of the country, and David or Dolega in Chiriquí Province. All seriousness and work in these places come to a halt, and the streets are filled with music, dancing, drinking, parades, glamorous costumes, and of course, water tankers spraying down the crowds with water, carnival style.

A large majority of Panama’s population is Catholic, and Ash Wednesday in Catholicism is the first day of Lent, which is the 40 days that Jesus prayed and fasted in the desert before he returned to Jerusalem on Palm Sunday, the Sunday before Easter. 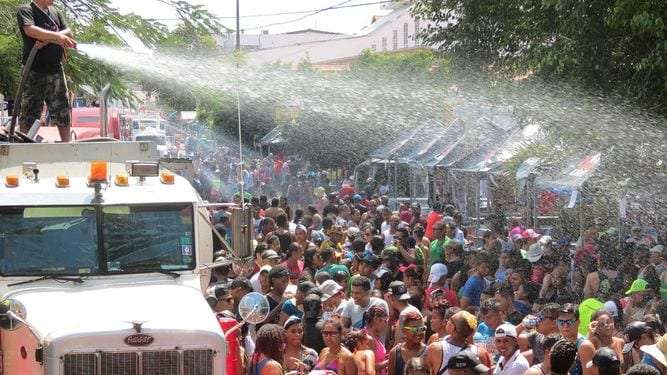 La mojadera, (begin sprayed by the water trucks), is a popular and fun tradition here in Panama, with the intention of soaking you down, in the tropical heat. The end of February and beginning March, are the hottest, rainless months of the year here in Panama. Up in the cooler highlands, the big Carnival parties are not held much, there is more of a laid back, back yard friends and family atmosphere, over those 4 days.

In Panama City, the Friday before Ash Wednesday, the Carnival Queen and her attendants are selected. The queen reigns over the parade and official activities. Then Saturday morning, the crowds spill into Cinta Costera, the several kilometer park along the Pacific in the center of town. There will be bands playing salsa and reggae, lots of Panamanian folklore and dancing in the streets. Make sure you put your cell phone in a zip lock bag, as you are going to get wet! 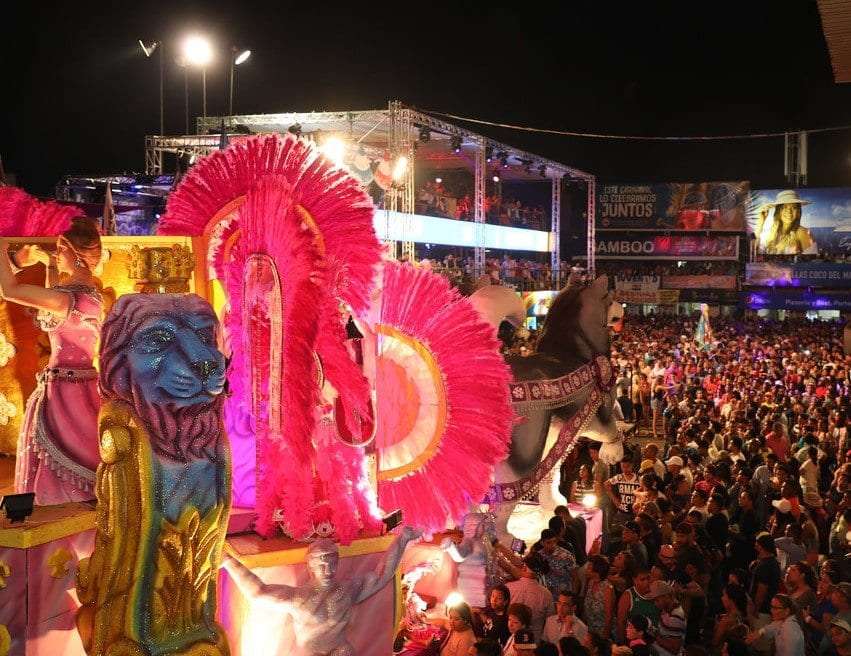 Saturday morning, there are water, blue dye and shaving cream fights in the central plaza, between the two tunas, then the two tunas parades. At night there is dancing, fireworks and street performances, then after these festivities, each tuna goes back to its base, and parties till the early hours of the morning.

A lot of people leave Panama City during Carnival time, there is actually a mass exodus on Friday afternoon, with people with family in other parts of Panama, heading to visit for the 4-day event, and Panamanians are real family people and like their time off with them.
In the western province of Chiriquí, there are three places that Carnival celebrations take place. Dolega, David and Las Lajas. 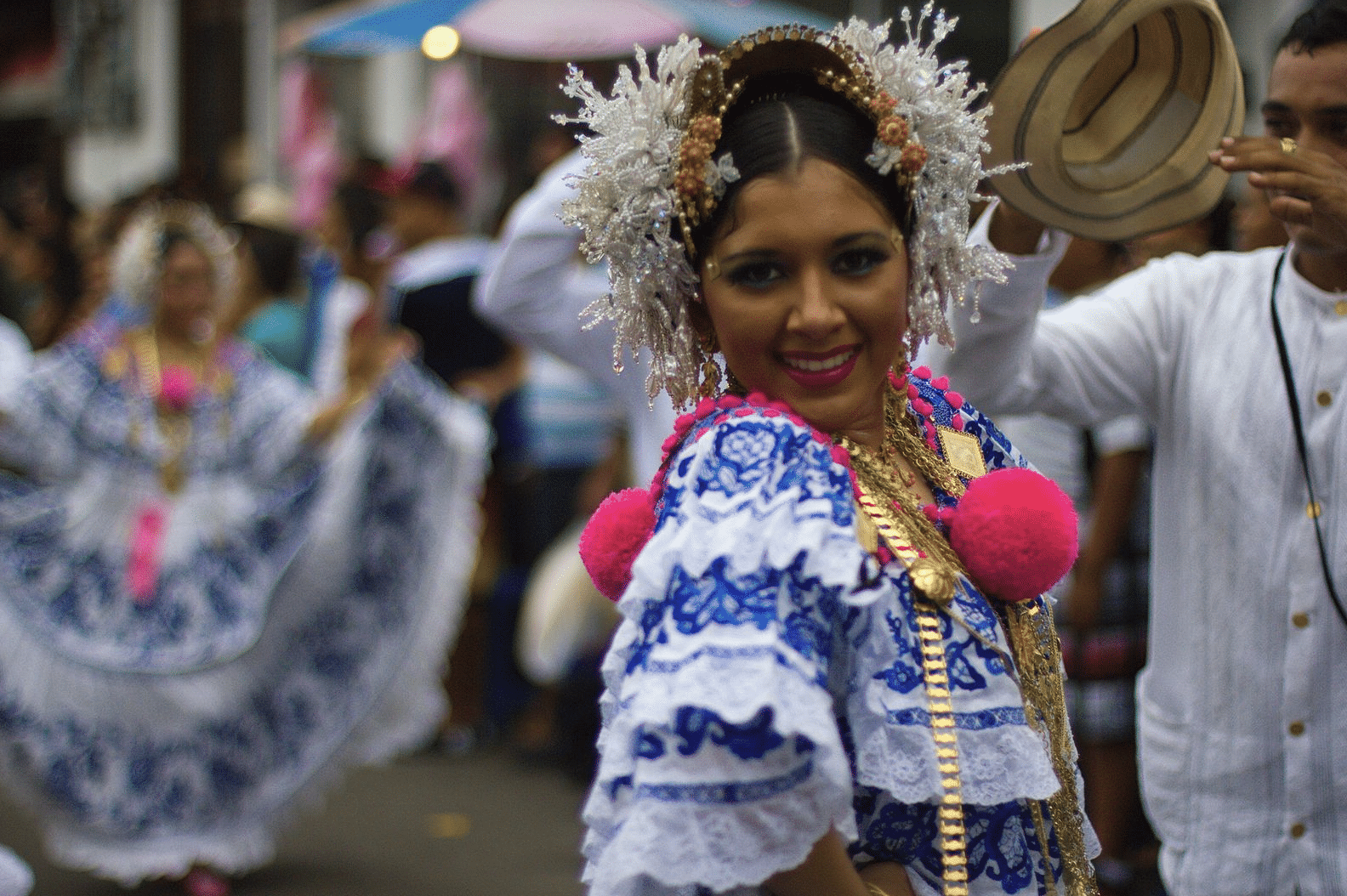 Now back to Panama City, while not a crazy as Los Tablas, the events continue on Sunday. After noon, there is be a beautiful poller parade. These polleras are Panamanians’ national costume and hundreds of ladies and girls dress up in the national dress and march in the parade.

The party continues throughout the country Sunday evening.

On Monday you will find smaller parades throughout the country, with the festivities carrying on.

On Tuesday, which is Shrove Tuesday, there is another huge parade on the Cinta Costera, New Orleans style, with beautiful floats, and costumed marchers for all areas of Panamanian society. 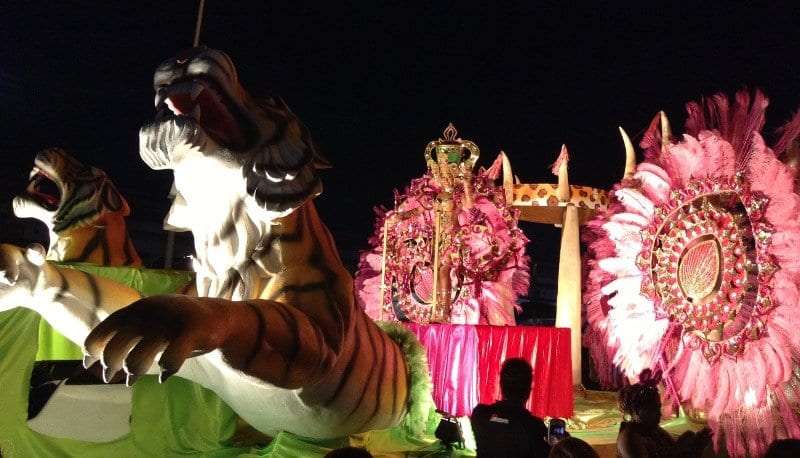 If you are planning to take in some Carnival celebrations, book your hotels early, as it is high season in Panama. If you are considering the center of the country, maybe Los Tablas or Penonomé, then book rooms in Santiago, and drive to these locations, as there are not many hotel rooms available. In Chiriquí, David would be the best location for hotel rooms,

To check out Panama’s great people and culture, book a Retire In Panama Tours today.