I Doubled My Income by Moving to Panama 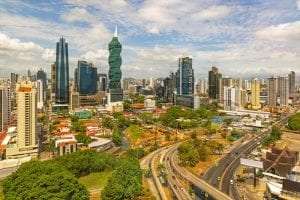 Our friends,at International Living, recently interviewed, co-owner of Retire in Panama Tours, Rod, to talk about his move to Panama 8 years ago, and what he is doing now.

When I moved to panama, I was not retired, I was earning income, and paying a lot of Taxes back in Canada. Now, to double your income, you can do two things. If you are retired and it currently costs you $3,000/ month to live, and you move to Panama and now it costs you $1,500 a month to live, you have basically doubled your income. Or you can go from paying a lot of taxes, then move to Panama and pay no taxes because of Panama’s territorial tax system, read the article to learn more.

The article was published in The Savvy Retiree online Magazine, here it is:

“I was speaking to an online friend that did the same thing, who then was living in Thailand,” he says. “I asked him why he lived in Thailand. He replied, ‘Because I can work from anywhere I have a computer and internet connection.’”

His friend recommended International Living, and after a year of reading IL articles, Rod narrowed down his choice to four countries: Thailand, Costa Rica, Panama, and Paraguay. Following much consideration, he opted for Panama owing to its climate, taxation system, and time zone. The latter was a significant factor given that most of his customers at that time were in North America.  Continue Reading HERE.

Come on one of our Retire in Panama Tours, and we will show you how you can do this! See tour dates HERE.