Panama is a country in Central America with an area of 29,120 square miles, a bit smaller than South Carolina. It consists of around 4,100,000 population, of which 50% can be found near the Capital City, Panama City.

Property: In Panama, foreigners enjoy the same property rights as Panamanians. Buying property in Panama is safe and easy when using a reputable real estate service – very similar to the process in North America.

Rentals: Rental regulations in Panama are pretty simple. The rental agreement for any residential property can be negotiated between the tenant and the landlord. The tenant should expect to pay a security deposit at the same amount as one month’s rent. This deposit is given to the Ministry of Housing and is returned when the agreement ends, unless the landlord is making a claim for any damage. 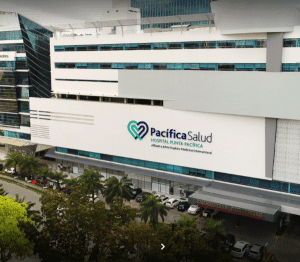 Healthcare: Panama has great medical care and modern facilities in the metropolitan areas. For instance, the Johns Hopkins-affiliated Punta Pacifica Hospital – a first-rate modern hospital with the highest quality health care and state-of-the-art facility in Latin America. On the other side of the country, in the city of David, Panama also has two great private hospitals. Throughout the country there are health care facilities, public and private. Health Care insurance is available to locals and expats to make use of the private system, and the public system, which is very affordable, is available to all.

Climate: Panama does not experience four seasons like North America. Here, you will have the dry season and the rainy season. Dry season is from December to April. The raining season, or as I like to call it, the green season, starts in April and gets progressively wetter until November. In the rainy season, you can expect sunny mornings, with skies clouding over in the afternoon with mid to late afternoon showers, then it dries up for the evening. Starting in mid April you will see the rain showers once or twice a week, then in November almost every day. 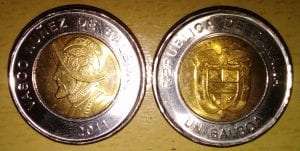 Currency: The official currency of Panama is the Balboa, which is named after the Spanish explorer Vasco Núñez de Balboa, who discovered the Pacific Ocean in 1513. Each Balboa is divided into 100 cents (centavos). The Balboa has been pegged to the US Dollar for over 100 years.  One Balboa equals one USD. Panama mints its own coins, penny, nickel, dime, quarter, 50 cent piece and one dollar. These coins are the exact same size and weight as US coins, and both are legal tender in Panama.  For paper money, only US Treasury Bills are used (there are no paper Balboas). The official symbol of the Balboa looks like this, B/.1.00 instead of the USD or CAD symbol which looks like this, $1.00.

Financial Information: Most major credit cards are accepted throughout Panama, and you can also use your debit cards shopping or in the ATMs. However, you may need some cash if you eat at smaller restaurants and also for taxis. Banking and opening an account in Panama is quite simple, if you go to the right bank with the correct information. We can provide you with everything you need to open a bank account in Panama. If you are going to live here, we highly recommend opening a bank account here, as you can use it to shop, pay your utilities bills online and get cash without ATM fees.

Language: Spanish is the main and official language in Panama, but some people in the country are bilingual. There are lots of indigenous languages spoken in the country, such as Ngabere (or Guaymi), Kuna, Embera, Buglere, Wounaan, Naso (or Teribe), as well as Bri Bri. There are also some languages that can be heard in other areas like Creole languages, Chinese, and Arabic. In the expat communities you will hear a lot of English, but do not expect your server in a restaurant, or a retail store to speak English, as likely they will not. Most doctors, many lawyers, and accountants will speak English; you will just need to find one you like and want to deal with. We highly recommend starting to learn some Spanish. You will be glad you did once you arrive here.

System of Government: Panama is a constitutional democracy and a presidential representative republic. The government is composed of three branches: the Executive branch which consists 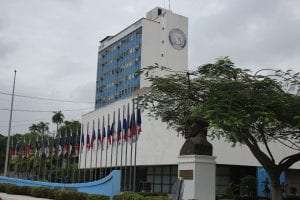 Building of the National Assembly, Panama

of the president and their appointed cabinet; the Legislative branch, which holds 71 members; and the Judicial branch, which consists of different courts of various power and expertise.

Head of State and Government: Laurentino Cortizo is the current president of Panama since July 2019. The president and vice president are directly elected for a five-year term on the same ballot by a simple majority popular vote. The president is eligible for a second term, however this should not be consecutive.

Religion: The main religion is Catholic with 63% of the population, while about 25% identify as Protestants or other. The Constitution of Panama provides for freedom of religion, with some qualifications.