Retire in David, Panama, a City of Convenience 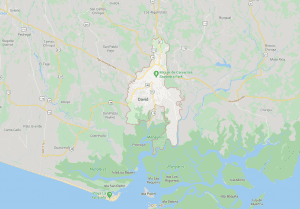 David, Panama’s third largest city, located in the western province of Chiriquí, consists of about 160,000 residents and sits back about 15 miles from the pacific ocean. David was founded in 1602, but was not recognized by the colonial government until 1736, and was then known as La Ermita San Jose de David. Later in this article, there will be an interview with Vicky Wilson, a David resident, and what I call a dual expat. More on that later.

David functions as a hub for Chiriquí Province’s commercial and agricultural sectors, mainly farming and cattle, and it provides the rest of the country with these products. It is the main financial center in western banks, and most Panama banks have offices here. David is also one of the most industrialized cities in Panama. It has a very large manufacturing, industrial and communications sectors. It is popular with tourists and other Chiricanos with its nightlife, great shopping, dining and proximity to the beach.

David has one of the hottest climates in all of Central America, a tropical monsoon climate, with a short, very hot, dry season, December to April, and a long, hot wet season. See the climate chart below courtesy of Wikipedia. If you like the hot weather, then David is for you. Of course most homes and businesses have air conditioning.

David is located in a basin in central southern Chiriquí, 30 km from the Costa Rica border, and 430 kms from Panama City. The city does not have a lot of geographic variations, mostly flat, with a few hills popping up, here and there. Volcán Barú, the tallest elevation in Panama, is visible from the northern parts of the city. The city’s buildings are mostly low rise, with a few 10 story buildings in the center of town. The city boasts all the big box stores you are used to and a new mall, hopefully fully opening in fall, with over 400 stores and services. The second largest in Central America. 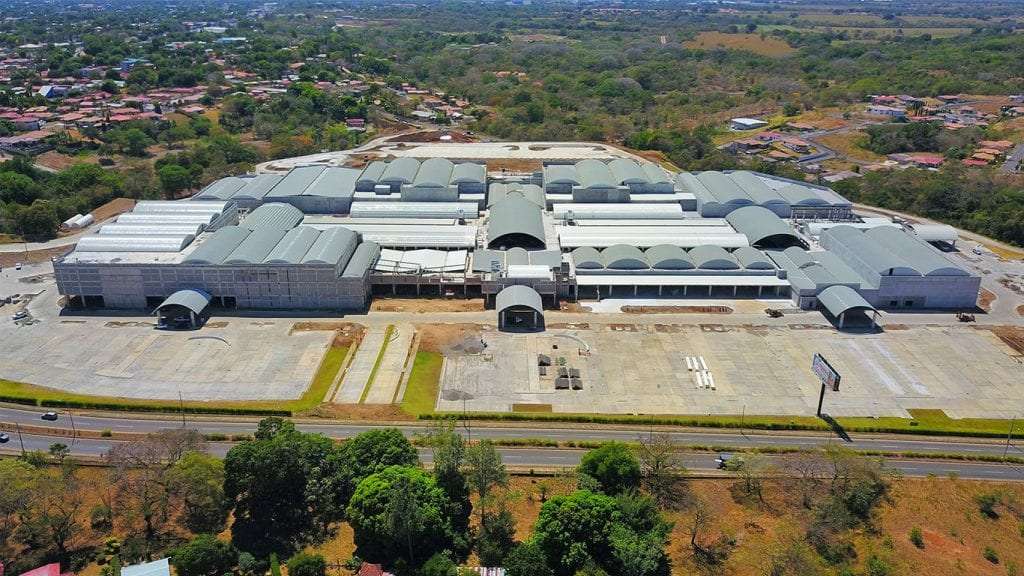 Now let’s meet someone living in David, Vicky Wilson. Vicky has been an expat for almost 40 years. Let me explain. She grew up in Panama, but headed to Texas to University, graduated, got married then settled in California, for the next 25 years. When it was time for retirement, she decided to move back to Panama, and selected David as her home.

Rod: Hello Vicky, why did you choose David?

Vicky: For one word, Rod, Convenience. In more detail, it is very affordable for someone to retire here, one of the most affordable places in Panama. You are so close to many other places that are different, like travel 30 minutes to the cooler climate of Boquete up in the mountains, or 15 minutes to spend some time on the beach. Everything you need for shopping is here, whatever you like, and lots of restaurants and other services to choose from.

Rod: What are some of the things you do not like about David.

Rod: How do you handle the heat, as you know David is known as the hottest city in Central America.

Vicky: Well, I have always lived in hot climates, so it really does not bother me. My home has air conditioning, my car does, and businesses do, and if you want a break from it, just take a 30 minute drive to Boquete up in the mountains, or an hour to Volcan. 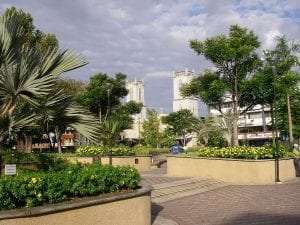 Rod: I have talked a lot about Panama infrastructure, power, water, being much worse than North America, how does this affect you in David?

Vicky: Well, actually David is really good with power. We only have a few outages each year, a lot better than the more rural areas like Boquete and Volcan. And for water, not bad either, but I have a water backup tank, so I never notice if the water goes out. The power and water outages have gotten less over the last 15 years.

Rod: What about other services, like cell phones and the internet?

Vicky: Actually, cell phone service and high speed internet in David are as good as we had in California. I have no complaints there.

Rod: What have you noticed about the expat community in David?

Vicky: I have noticed it grow, you see a lot of expats here, and they seem to fit into the community very well.

Rod: Overall Vicky, sum up David in your eyes for us.

Vicky: Again, Rod, I can use one word, convenience. I am close to everything I need, like in a small city and I live very affordably.

When I first spoke to Vicky, I was very intrigued with her situation. Being an expat in the USA for 30 years, coming back to David, Panama, was like being an expat for her all over again, a big change from her life in the USA.

Vicky and I had a great conversation, and she is really a nice person. We plan on introducing her to some of our future groups, and with her status as dual Panama/USA citizen and expat in both countries, she has a lot of wisdom for expats looking to move here.

During our Retire in Panama Tours, we will be visiting David and some of its amenities. If you like hot weather all year round, a little traffic now and then, and the convenience of everything nearby that you will ever need, you will like David and it’s affordability.