The Climate in Panama, Temperature, Rain and Micro-Climates 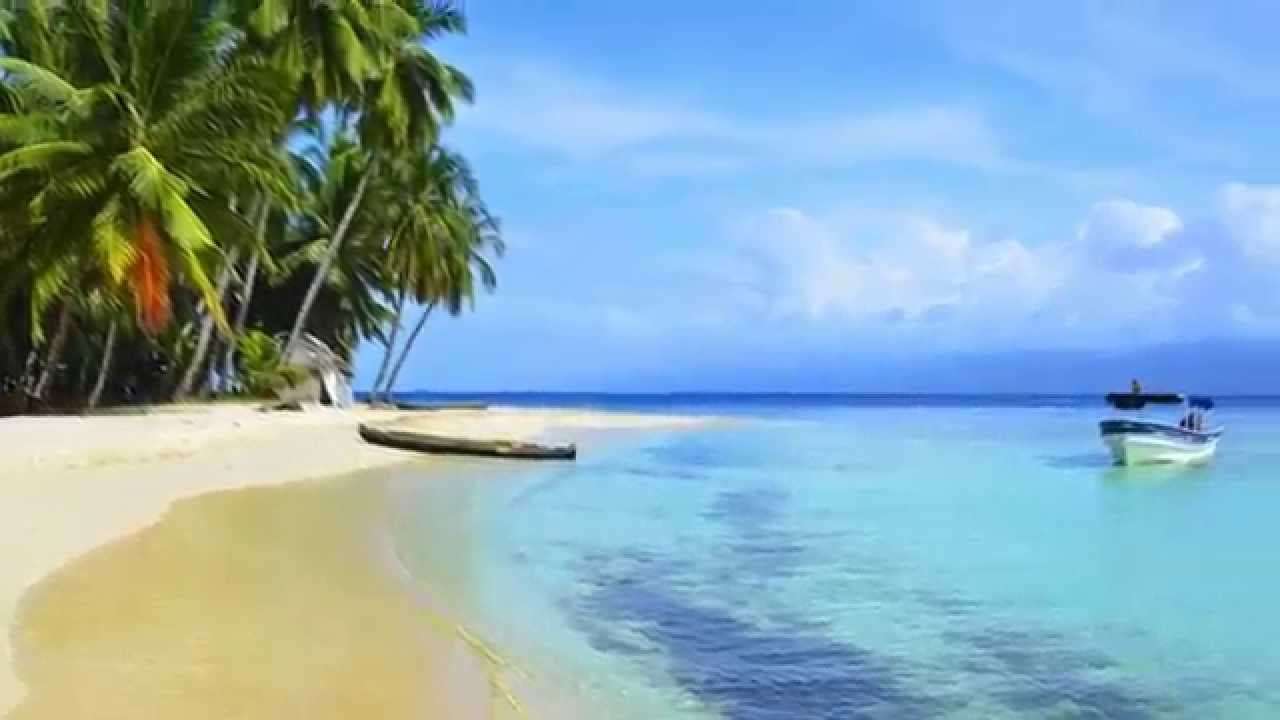 Panama is a country in Central America, located between Costa Rica and Colombia, with tropical maritime climate – hot, humid, and cloudy; a prolonged rainy season (May through to December) and a short dry season (January through to April).

Geographically Panama is a narrow bridge of land that connects North and South America. This results to different weather patterns from town to town because of the influence of Caribbean and Pacific Oceans, and towns from sea level to 1370 m (4500 ft) above sea level.

The rainy season is progressive, meaning starting in April, you will get 1 – 2 late afternoon 1 hour showers, to October where you will get daily late afternoon showers, lasting longer. During the dry season, you will get more wind. There is more rain in the mountains, than closer to the beach, and rainfall amounts vary from 150 cm (60 in) to 380 cm (150 in) a year, depending on the location. To some this may seem like a lot of rain, but typically the rain is hard, and last an hour or two. 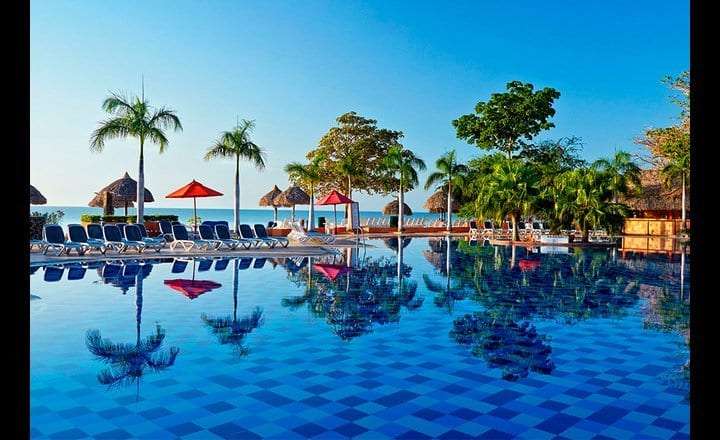 Tourists season here, especially for the beach resorts, is January to March, where there is no rain, and blue skies all day. Here they call the Dry season, the Summer season, and it is actually summer holidays here for the school kids in January and February, and Panamanian families take advantage of that and spend a lot of time at the beach this time of year.

The temperature is very constant during the year, without much fluctuation. At sea level, daytime highs near 34° C (93° F) to evening lows of 23° C (74° F). Along the Pacific coast, the breeze can make it feel a little cooler. The further inland, and up the mountains you co, the cooler the temperatures. In the town of Boquete, 1200 m above sea level, the daytime highs are 25° C (70° F) and evening lows 15° C (60° F). In these mountain areas, you will also experience bajareque (misty rains), which can create amazing and frequent rainbows, as they are frequent during the dry season and occur sometimes during the rainy season.

Panama is safely located outside of the ferocious, nasty hurricane belt and experiences few of the natural disasters except some smaller earthquakes. Panama has several earthquakes each year but less than a handful are large enough for concern. 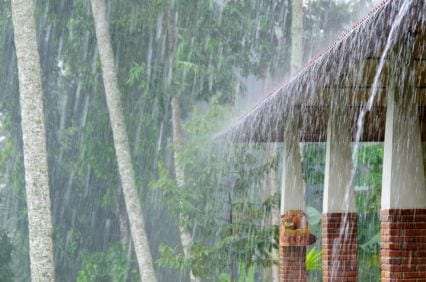 Panama has three to four climate regions and hundreds of micro-climates, especially in the mountainous areas. As trade winds blow across Panama, it affects dramatically the weather and so it varies from place to place depending on the geographical position. The recorded rainfall amounts can somewhat be different from areas only blocks away from each other.

Places like Bocas del Toro and other areas around Panama’s less-developed Caribbean Coast get two times as much rain as the Pacific Coast since strong prevailing trade winds predominantly blow from north to south. Even if it is located outside the hurricane belt, the Caribbean Coast receives most of the leftovers from the tropical storms far north. 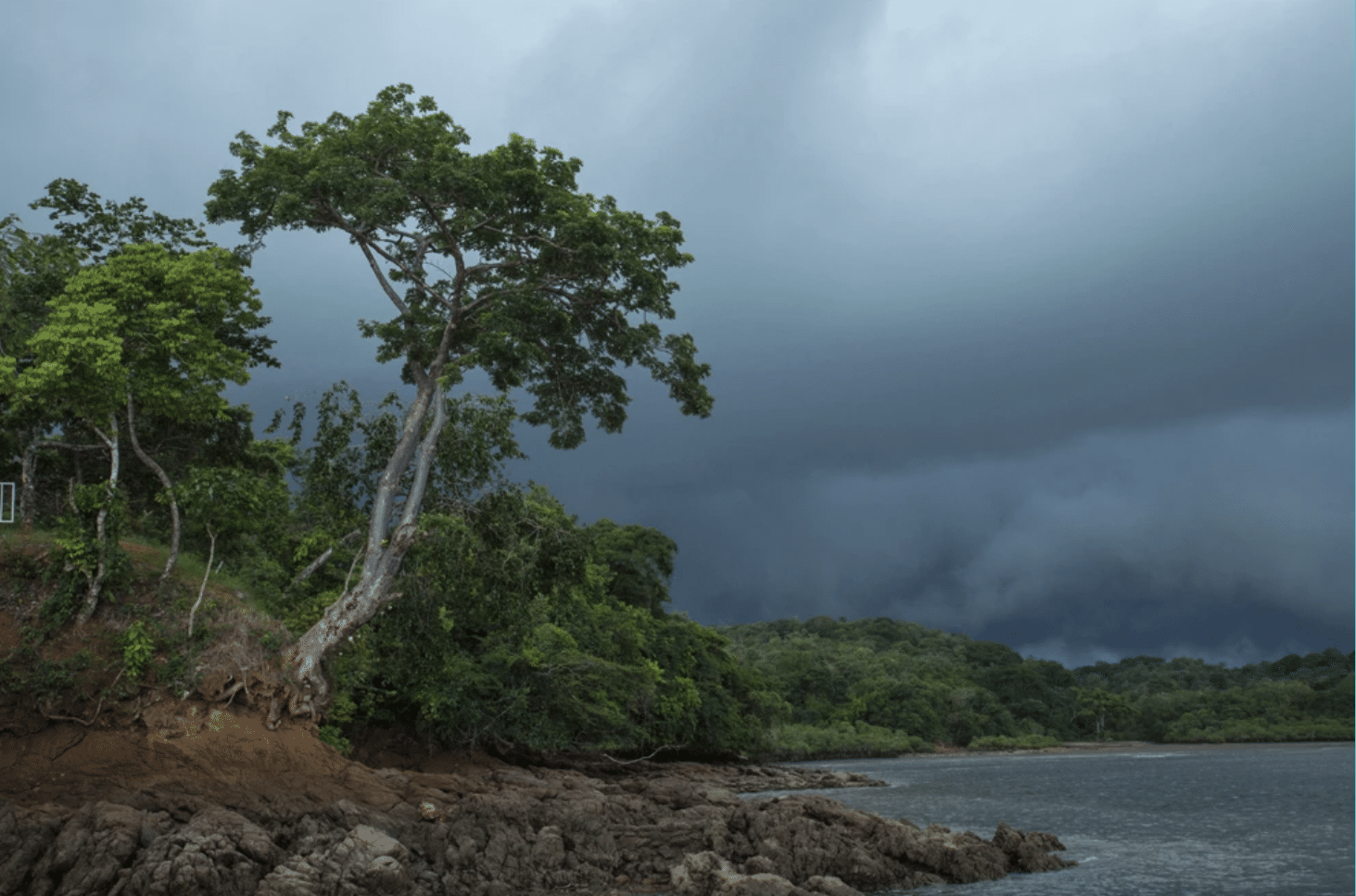 If you don’t like hot and humid weather, then you might like the highlands. They have a cooler tropical climate. In the areas near Valcan Baru, in the Chiriquí Province, in the towns of Boquete, Volcan or Cerro Punta where the daily temperatures average highs are closer to 24° C (75° F), as you are 1200 m (4000 ft) above sea level, but still only just over an hours drive from the beach.

Many would say that Panama’s climate is good for the skin, keeping it moisturized for the day and leaving it with a smooth finish instead of dry and papery. The rain also offers some cleansing health benefits, making it possible for all people in Panama to breath fresh clean air and feel revitalized!

I certainly have found the above to be true, the air outside of Panama City is so clean, and I always fee refreshed after an afternoon shower. I love living in a rain forest climate. I come from Vancouver where I really did not like the raid, as it would raid for 20 days straight and you would never see the sun. Here in panama, you wake up to sun virtually every day of the year, even in the heavy raining season, the day starts out sunny, and just be prepared with your umbrella for later in the day.