The Economy in Panama Today

Prior to the international financial crisis that plunged the entire world into economic turmoil, the Panamanian economy was one of the highest in the industrialized world, in terms of growth rate. But the world economic slowdown led to one thing in particular: it drastically hampered the Panamanian government’s effort to spend huge sums of money on major infrastructure projects. As such, that hindrance has been presumably thought to be the main source of economic pressure in the country.

After the previous global economic recession, Panama has experienced a steady growth of between 6 percent and 11 percent which was influenced by domestic demand. On the other hand, the country’s GDP has been growing at a slower pace since the year 2013. This observation is derived from the data prepared by the Instituto Nacional de Estadistica y Censo (INEC) which clearly showed that Panamanian GDP improved by 5.4% in 2017. However, this growth was mainly driven by the transport as well as storage sectors and communications (due to the recent expansion of the Panama Canal). It is projected that GDP growth will shift to 5.6% in 2018 and 5.8 % in 2019, according to the report drafted by the International Monetary Fund (IMF). 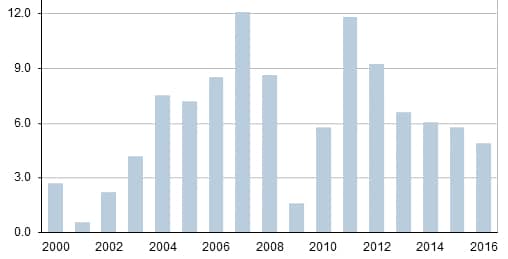 Immediately after President Juan Carlos Varela took the reins of power in the 2014 election, he came up with drastic measures to implement strict anti-corruption laws with the sole purpose of changing the country’s economic situation. The laws led to massive arrests of several former government officials implicated in the corruption scandals.

Apart from that initiative from the president, Panama has increased strict measures and regulations regarding the banking system. These measures were based on what the country is known for in terms of being traditionally a tax haven. The regulations, on the other hand, were put in place to enhance cooperation and transparency with legal authorities. President Varela took another positive step in 2016 and declared that henceforth Panama will participate in the Organization for Economic Cooperation and Development (OECD) Standard to promote what is known as Automatic Exchange of the Financial Account Information in matters concerning taxes.

Another plan that the government came up with in order to revive and steer the country’s economic growth was the 5-year Strategic Development Plan that covers from 2015 all the way to 2019. The plan focuses on two major pillars-the inclusion and competitiveness-and all these include 5 objectives: enhancing the quality of life; improving productivity and diversification; strengthening human capital; improving environmental sustainability and improving the infrastructure in the country.

Even though the Panama Canal enlargement was somewhat delayed, it was eventually opened up for operation and it was inaugurated in June of 2016. It cost about USD 5.5 billion which translates to almost 10 to 15 % of the prevailing GDP. The project is of great advantage as far as the country’s economic comeback is concerned. As a matter of fact, the expansion of the canal increased the capacity more than twice in comparison to the previous capacity thus enabling Panamax vessels to pass through. 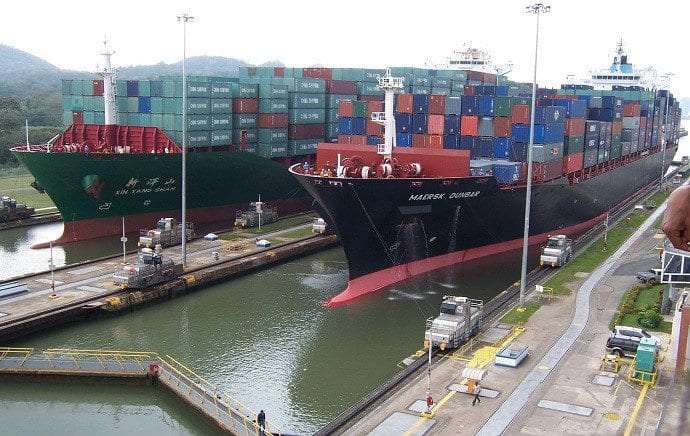 Additionally, a new plan to rehabilitate Colon City is underway and it has already been launched with a USD 500 million budget in place to oversee its completion. At the same time, there has been another substantial infrastructure project to construct an additional metro line within the capital to enhance transportation.

Panama is one the fastest growing economies in Central America in the past decade. With an expanding GDP averaging 8.4 %( between 2004 and 2013), a lot is expected to make the country economically stable. This is attributed to Panama’s incredible performance during the recent economic financial crisis that took the world by surprise.

In 2009 alone, the country boasted of a 4.0% growth as many nations globally and regionally were feeling the heat from the global economic recession. Despite those hardships, Panamanian economy showed a tremendous improvement in the following years with 2010 and 2011 witnessing an all-time impressive double-digit growth rate.

The Panamanian economy revolves around a highly-developed services sector which is a representation of 75% of the gross domestic product (GDP). The Panama Balboa being pegged to the US dollar and the Panama Canal are the two most important factors that have contributed immensely to the strengthening of the service sector. The canal alone is responsible for the global trade and it accounts for nearly 10 % of the Panamanian GDP.

Other important contributors to the development and growth of the service economy include CFZ (Colon Free Trade Zone) and this is the 2nd largest free port across the globe. There is also Trans-Panama Pipeline which transports crude all between the Atlantic and Pacific coasts.

Panama has always thrived on licensing and registration of the merchant ships which authorizes the registered vessels to bear Panama flag. This is a great source of revenue to the country and it helps a lot in strengthening its economy.

Panama has a well-developed logistics and storage service sector and modern banking facilities with an established insurance industry. These are the key components that boost the economy of a country. Apart from that, the agricultural sector accounts for close to 10 % of the total GDP today. The major crops in this sector are made up of bananas, coffee, corn and sugar. 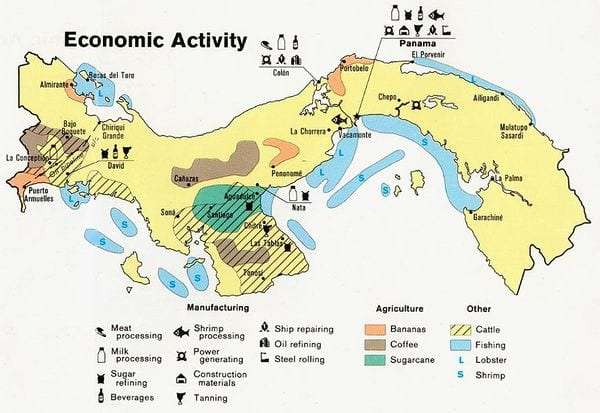 The expansion of the canal has boosted the economy of Panama to higher levels as a great source of economic activities since 2007. This project was initiated with the aim of helping the canal to stay at the top of the most competitive channels of the global trade in order to sustain toll revenues for the country.

There has been another large public spending infrastructure which has driven the economic growth of the country to the highest levels in the past years, hence making Panama a major logistical hub regionally. These projects include the construction of the metro line, the recent start of the second line, the improved highway network and the new terminal at Tocumen International Airport.

For many years, the Panama Canal and other related activities have been historically responsible for economic growth in the country. The modern banking and financial sectors have come up to contribute to the growing economy as well. The sector has over 80 already established financial and banking institutions which have recently expanded rapidly due to the flow of capital, adoption of the international regulatory standards and political stability Panama has enjoyed for the last 25 years.

In spite of the fact that Panama has set out her goals to develop a sophisticated and service-based economy, it should be remembered that the country has a lot in common with the surrounding countries making up Latin America in relation to the economic growth. The best-case scenario was witnessed way back in the 1980s where the country was still entangled in a sluggish economic growth resulting from political instability experienced in the country at the time. On top of that, Panama, just like other developing nations, was immersed in public debt and fiscal deficits.

To overcome the sluggish economic growth and other problems that were preventing the country from rising above the occasion economically, Panama resorted to structural adjustment packages which focused mainly on restructuring her economy. There were also further reforms which included trade and market liberalization, fiscal reforms and privatization of the state-owned enterprises that were implemented towards the end of the 20th century. As a result, these measures contributed to securing new resources for the sake of international investment aimed at recovering the economy. The average economic growth in the 1990s was estimated at more 5.0% which was a good sign for a growing economy.

Panama has a tendency of recording all current account deficits on the balance of payments due to the negative trade balance. But currently, the account has widened as more imports for the government infrastructure projects increase. The good news is that the foreign direct investment has greatly helped in offsetting the current account imbalances. A few years back (2013), the foreign influence on the direct investments reached its peak in the history of the country’s economy with a staggering USD 4 billion in total flows.

The Trade Structure of Panama

Panama relies on the external sector as a very crucial component of her economy which makes the country to become increasingly integrated into the global trade affairs in the recent past. That is the main reason why Panama signed a free trade agreement with an economic giant like the United States in the year 2012 to boost investments and the flow of trade in the country. Further, still, Panama went as far as signing yet another agreement ( an association agreement) with the European Union in 2013 to enhance trade ties. In 2014, a free trade agreement was signed in Mexico which later saw the first step in Panama’s main objective in becoming part of the Pacific Alliance in a bid to strengthen trade relations with Asian countries.

Panama’s GDP relies mainly on the export of goods and services which in this case, represents a great portion of the economy. In 2013, Panama earned USD 17.5 billion in exporting goods with an additional USD 9.8 billion of services in various sectors of the economy. In total, these earnings came to USD 27.3 billion which is 65 % of the GDP. Most significantly, a large percentage of the exported service is somehow related to the Panama Canal as well as the Colon Free Zone.

Some of the main exports in form of goods from Panama comprises of medicines, ships, petroleum products and a number of agricultural commodities. The main importers of Panamanian exports include the United States, Venezuela and Ecuador.

The Colon Free Zone accounts for slightly more than 7.0% of the economy and it serves as a key distribution point for the re-exported goods from North America, Europe and Asia. The goods are then re-exported to the Western Hemisphere through Panama. The goods re-exported represent almost USD 10 billion earnings per year. However, it is projected that by the year 2014 and beyond, there will be an increase of USD 19.4 billion with an annual growth of 10.4%.

Even though Panama is seen as a net exporter, it also imports other goods. Given that Panama is self-sufficient in producing agricultural products such as sugar, bananas and rice, it also spends a lot of money importing large quantities of food. This trend is growing at the same rate as the demand for some basic goods rises with the increasing domestic consumption. Panama imports 80% of its energy to meets its needs.

Panama has adopted a few policies such as economic, fiscal and monetary policies to ensure that the countries continues to grow as far as the economic development and status is concerned. These policies have been adopted to keep the country on the right track when it comes to its economic development. Just like other countries, Panama has had her shares of problems in reviving her economy. The future for this Latin American nation looks brighter with the prevailing changes that have helped in the growth of the economy. With her geographical location, Panama is set out to become an economic giant in Central America in a few years to come, a reason why many investors are flocking into the country to invest in an economy that is showing exponential growth.