Expat Communities in Panama: Which are the best?

Apart from the numerous landscapes and beaches scattered all around, there are also excellent locations for expat communities in Panama, as there are many expats from around the world living here. These expat communities offer a variety of lifestyle options to suit the growing needs of retirees who have decided take the leap and move to Panama.

Expats have some great choices in Panama, depending on the lifestyle and weather they are looking for. From big city life, to smaller town live to the beach life, you can find an expat community that will suit your needs.

Over the last 20 years, Panama expat communities have popped up all over the country, ans Panama has become the most popular country to retire in because of its ease of gaining permanent residency, to its geographical location, to its climate.
Listed below, in no particular order, and some of the Expat communities in Panama.

Located in the Caribbean side of Panama, Bocas del Toro is home to six islands which are popularly known as tourist sites. Bocas del Toro is a lively town famous for parties and bubbling social life. It has hostels and restaurants scattered all around.

One unique feature about Bocas del Toro is the transport system which is mainly by skateboards or bicycles. Some of the other side attractions that make Bocas del Toro a haven for expats come in the form of volunteer opportunities, live music venues to relax, availability of tours, dive and Spanish lessons and fitness classes.

The cost of living is relatively low, accommodation is affordable, and the people are very accommodating. If you are the lively type who loves adventures, then Bocas del Toro is the best place to be. This town attracts the younger expat crowd from all over the world.

You can read more about retiring in Bocas del Toro here. 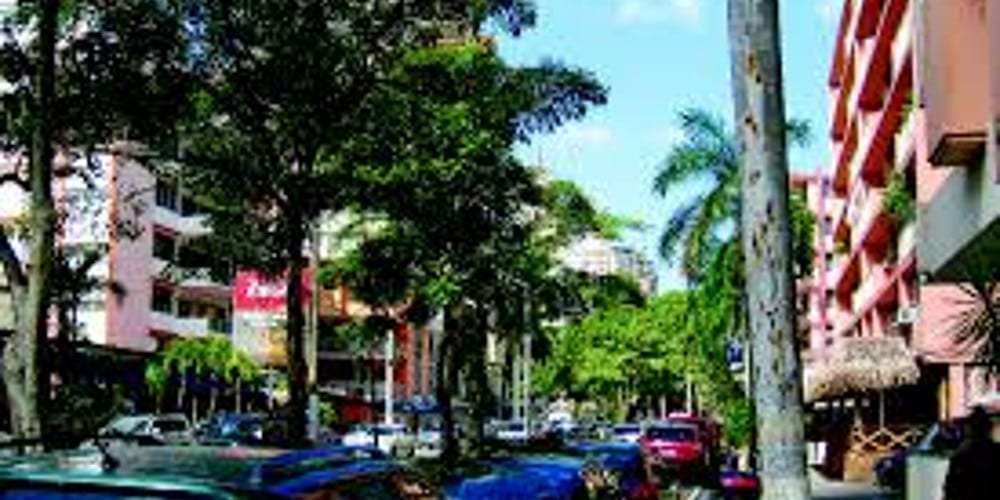 Most people who move to Panama City see as a place of job opportunities, and the truth is not far from that. Panama City is an expat community great for the kids and parents who want to live in a bustling city. There are many areas like pictured here, that are very walkable have many shops, restaurants, and just a fun place to live.

Also many retirees like the city life, and may come from the big cities of north america, and do not want to give up the fine dining, theater, and everything else city life has given them. What there are looking for is a more affordable option to city life and there are several areas in the heart of Panama city that can offer this to them. 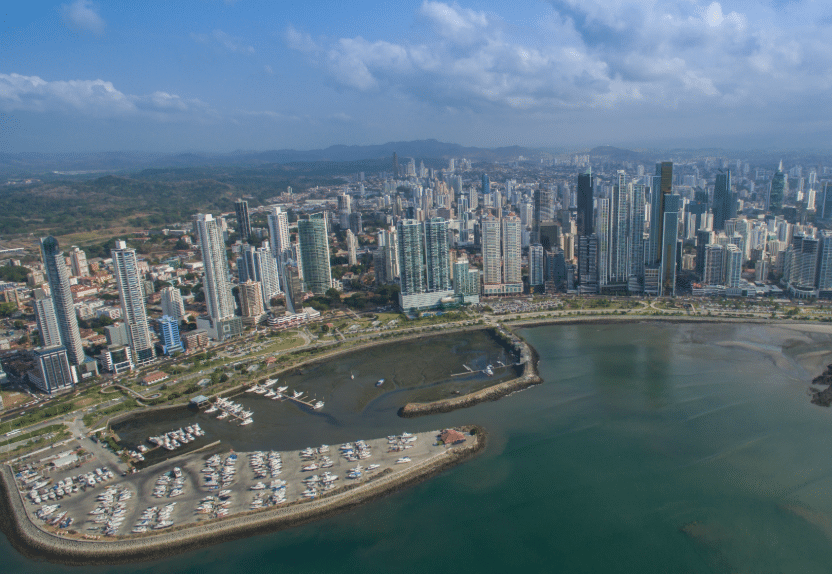 The city is filled with many high rises and beautiful views which makes it irresistible. It is usually an excellent choice for people who are on a larger budget. Although the prices of things are similar to what what you may find in larger US cities, there is a greater chance of having more value for your money. You can still rent a nice 2 bedroom apartment in a high-rise for under $1000 a month. There are areas like El Cangrejo which is very popular with expats and its vibrant nightlife, hip bars, laid-back brewpubs and busy casinos, many clustered around Via Argentina.

This is an up and coming expat community. Small town rural living with a population of 2,500, near the beach, and very affordable. You are surrounded here by green pastures with cattle grazing, and tuna fishermen.
Pedasí is in the driest area of Panama with average rainfall of 39 inches. The ocean breezes can keep the temperatures comfortable. More about Pedasí here. As an expat community, it is very small, with about 200 expats living there, but this is also the maid reason why these expats have moved here, there are looking for a quiet, safe and peaceful place to live. It is quite out of the way from city life, but 1.5 hours in the car you can be at the city of Santiago, with it’s big shopping malls, and all the amenities you need.

After speaking with many retirees, we have come to find out that many expats prefer living near the beach due to the warm nature of the climate in Panama. Coronado is one of the few Panama expat communities located around a beach. It is one of the most developed city beach communities, and it became a choice destination for retirees after development began 30 years ago.
Coronado is relatively small community with a mix of locals and expats. It is just a one-hour drive from Panama City. Coronado is a choice destination for expats who want to have the hot weather and be able to enjoy the fantastic view of the beach. The city has lots of supermarkets, gas stations, banks, beauty salon, and shopping malls, and health care facilities. Here is a complete blog post about Coronado.

Unlike Coronado, Boquete has a comfortable cooler climate because of its 4,000 ft elevation. with daytime highs around 25°C (80°F) and evening lows at 15°C (60°F), there temperatures are probably the main reason this expat community in Panama has grown to what it is today. Boquete, has a population in the area of about 25,000, with about 20% of that made up of expats.
It is one of the most developed highlands you can find in Panama. For over ten years now, Boquete has been the best Panama expat community, and if you are looking for a large expat community with expat events going on all the time, you will always find something to do in Boquete.

This short video will show you around.

Unlike some other areas of Panama, learning how to communicate in Spanish is not highly compulsory as there are several thousand English speaking expats in town. The cost of living is generally lower than most US cities. Boquete is one of the most known and largest expat communities, and you can learn more about it here.